“Windows 11 is the latest operating system from Microsoft. It is designed to be compatible with a wide range of hardware as well as being optimized for use on touch screens. This post will show you how to install Windows 11 on unsupported hardware PC or Laptop.”

As we have seen in recent years, computers are becoming more and more powerful and can handle even the most demanding programs such as games or photo editing software. But one thing has been lacking – compatibility with newer operating systems. Nowadays, new PCs come preloaded with Windows 10; however, some people prefer older versions of Windows because they’re familiar with them or know that their computer can’t run updated OSes like Windows 10.

What are TPM and Secure Boot?

TPM microchips enhance hardware security during computer startup. Some TPMs are virtual or firmware varieties, but as a chip, they can be attached to your motherboard when you build your machine and designed to work with Windows 10 machines since 2016. If the device is older than this, it may not have the necessary hardware or software updates for that level of technology yet, so ensure these specifications before building any new computers!

“TPMs,” or Trusted Platform Modules, have been a hotly debated topic among security specialists and governments. With the threat of firmware attacks on the rise (as evidenced by Microsoft’s recent attention), an updated TPM is seen as one strong preventative measure against such hacks.

However, it also comes with its own set of tradeoffs: remote attestation allows authorized parties to see when you make certain changes to your machine; some fear that this may restrict what software your computer can run in future versions if those rights are restricted for other users too. Western encryption is banned in countries such as China and Russia. TPM-equipped machines can be shipped without a problem. However, TCM or Russian alternatives are only allowed to use with permission from the government.

Secure boot is a way of scanning any operating system before it loads up on your computer. It’s both good and bad for Windows machines, which can prevent some types of malware from taking over the machine but not all.

Secure boot is an operating system that can sometimes cause problems for those who want to experiment with other OSs on their computers. Secure boot prevents people from installing a second operating system, so it might not be ideal if you’re looking to try out Linux or something else when starting up your computer. It also plays a role in preventing Windows piracy by locking the user’s choice down during installation and encrypting installs of new software without Microsoft’s approval-all which leads me to wonder how this makes anyone feel safer!

Secure boot is an option found within some newer versions of PC systems that allow users to have more control over what programs are installed onto their machines at startup time. However, despite its benefits, such as making pirating impossible.

Now that you’re aware of the safe technology you’ll be using, there are a few things to bear in mind before attempting to resolve the problem on your own.

Microsoft has released a new tool called PC Health Check that will be able to tell you what is causing your Windows 11 system not to work. In the meantime, someone built an open-sourced app called WhyNotWin11 which might be of interest if you are looking for more information about why your machine can’t run Windows 11.

Windows machines are so varied that it would be impossible to include all the possible steps in these instructions. However, for most systems, you can follow this guide and research your computer when necessary on how to use TPM or Secure Boot.

If you find yourself in need of a PC repair and have no idea where to turn, be sure to contact your manufacturer first. If they won’t help or if it’s not covered by warranty anymore, get advice from an IT professional on how best to proceed – having someone knowledgeable with them can make all the difference when dealing with problems like these!

Before making any major modifications to your computer, make a backup of your essential data. Always. Just go for it. You’ll be grateful to us afterward.

Some people prefer to avoid the BIOS menu because they are afraid of making mistakes. This is understandable when you consider that one misplaced click can wipe your hard drive and cause data loss, which could be permanent in some cases. There’s no denying it: working on a machine’s firmware can have wide-ranging consequences for its owner or operator; however, with careful attention to detail and following my instructions closely, there shouldn’t be any problems as long as we stick close to what I recommend below.

Windows 11 is the latest version of Windows, and Microsoft has made some interesting changes to make it more user-friendly. For example, if you are using a dual-screen device, then start windows in fullscreen mode from either side by simply pressing one key on your keyboard or with mouse drag & drop gesture.

To get back into normal windowed mode, just press F11 again – this will work for all applications running inside an individual application workspace too! The new Start menu looks very similar to what was found in previous versions of Windows 10X, but there have been improvements: app icons now remain centered along the taskbar, which makes them easier to find; tray area cleaned up as well so that desktop space can be used for other purposes.

The new Start menu is a simplified version of the one in Windows 10. It includes pinned apps, recent files, and quick ways to shut down or restart your device. This more streamlined interface makes it easier for you to quickly go where you want with less clutter than before!

There are a few different ways to customize your Windows 11 experience. You can move the app icons and Start menu back over to the left-hand side if you don’t want them centered, or try one of two other options – dark mode or smaller text.

Microsoft has been stirring up quite a few waves since their release of Windows 10 last year; however, they have just recently revealed some fantastic additions for this upcoming iteration-Windows 11. One key feature will involve rounding off various edges in order to provide consistency across different screens while maintaining its sleek design aesthetic, such as those found within “context” menus or around app windows themselves which keeps everything cohesive throughout your computer experience.

Windows 11 is still unfinished, but Microsoft has been making some cool changes to the built-in apps. We can’t wait for beta, so we start testing!

New Windows 11 Widgets in the taskbar highlight a renewed interest in this old idea. It seems like Microsoft is testing it out again, and if you take the time to look around, there are some interesting ones that could be useful.

Windows 11 is slated to be the next and final version of Windows, with a design that’s geared for quick access. The new OS will feature widgets that are designed to slide out from anywhere on your desktop into focus areas in order to provide you with up-to-date information like weather forecasts or stock prices.

Microsoft is clearly recycling large parts of the Windows 10X operating system in its new update, 11. The company started by designing a dual-screen OS but then shifted its efforts to traditional laptops and tablets before canceling it all together with this leaked version from Microsoft’s labs.

Windows 11 comes with a new feature that lets you snap windows side by side or arrange them in sections on your desktop. You can instantly maximize the app and then drag it to one of four corners for quick placement.

How to Install Windows 11 on Unsupported Hardware PC or Laptop

To run Windows 11 smoothly on your system, you need to follow all the below steps to know how to install windows 11 on your unsupported hardware pc or laptop. Here are the steps:

Before you install the update, you need to make sure you’re installing the correct update. You may also face the issue of ‘Device not supported’. So, you need to check if your current system is fully updated on windows 10.

Go to the Microsoft official page for checking the minimum criteria for officially downloading the windows 11 update. You will need a minimum 8th generation system to run this update on your PC or Laptop!

But, this is not to be our main goal for this article. I’m about to give you an easy way to download first the ‘Setup’ then you can install the update from your OS.

After the downloading, run the ‘setup’ file from the download folder. You’ll then asked if you need to keep files, simply tick marked it as you don’t want to lose your data.

Now you’re all done! Enjoy the most amazing update of the history of Microsoft!

How to Install Windows 11 Via ISO

Video Guide on How to Install Windows 11 on Unsupported PC: 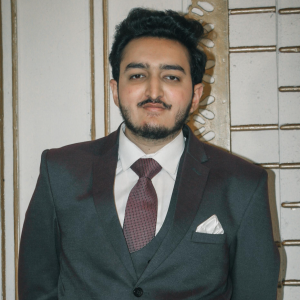 Khizer Tariq
Khizer Tariq a professional blogger and entrepreneur struggling to grow his business effectively, across the internet with new strategies.--- He has been working for a long time in the Digital World since 2015. He has seen many revolutionary changes in SEO, YouTubing & Freelancing Businesses.--- Moreover, Khizer Tariq is a passionate writer. He has great grip in blog writing, scriptwriting, copywriting, and sales copy.--- If you need to consult him, navigate to the contact us page.

Subscribe to KhizerTariq.com Newsletter to get amazing notifications for new deals and news related to Tech, Digital Marketing, and Gaming.