Is Acer A Chinese Company? The answer is a resounding no. No! Acer is not a Chinese firm. Many individuals feel it’s because things are occasionally branded as being made in China. Made in China is a label that appears on some products. This is where the consumer becomes perplexed and wonders, “Is Acer a Chinese company?”

Then Acer Company Belongs To Which Country? so to answer all your questions we are writing this article.

Contents of this Article show
1 Acer Company Belongs To Which Country?
2 Is Acer A Chinese Company?.
3 Is Acer an international company?
4 Is Acer an Indian brand?
5 Who is the founder of Acer?
6 Who is the CEO of Acer?
7 How much is Acer company worth?
8 Who is the brand ambassador of Acer?
9 Is Acer made in China?
10 Is Acer manufactured in India?
11 Which company manufactures Acer?
12 What is the latest Acer Laptops?
13 Which is the most expensive Acer laptop?
14 Conclusion

Acer Company Belongs To Which Country?

Acer Company Belongs To Taiwan.
Acer, the Taiwanese computer hardware and electronics behemoth, came in the fifth position in global conventional PC shipments in 2017. Desktops, laptops, Chromebooks, and PC displays are among the products sold by the company.
Even though Acer only accounted for 6.8% of global desktop, laptop, and workstation sales, the Taiwanese company was pitted against large names like Apple, Dell, and HP. The Taiwanese firm also became a major competitor to Lenovo, a Chinese firm.

Is Acer A Chinese Company?.

No, Acer isn’t a Chinese company
Acer is a Taiwanese corporation that manufactures or subcontracts its goods in several countries, including China, Australia, and the United States. It must be good, or it wouldn’t have survived this long, yet it’s no better than the rest.

Is Acer an international company?

Yes, Acer is an international company.
In more than 100 countries, the corporation sells its products through dealers and distributors. Acer’s nearly 30-year expansion is mostly due to its business of manufacturing and assembling branded and contract PCs in various places around the world.

Is Acer an Indian brand?

No, Acer isn’t an Indian brand.
Acer is a Taiwanese multinational corporation that specializes in hardware and technology. Multitech was created in 1976 and renamed Acer in 1987. It is one of the world’s largest computer manufacturers.

Who is the founder of Acer?

Stan Shih, his wife Carolyn Yeh, and five other people launched Acer in Hsinchu City, Taiwan, in 1976 as Multitech.
The company started with eleven personnel and capital of US$25,000. It began as a distributor of electronic components and a consultant in the application of microprocessor technologies.

Who is the CEO of Acer?

Jason Chen is the CEO of Acer
Acer Inc., established in Taiwan, is currently led by Jason Chen as chairman and CEO. Chen was the senior vice president of worldwide sales and marketing at TSMC before joining Acer. Chen is different from prior Acer CEOs in that he comes from a sales and marketing experience rather than a technical one.

How much is Acer company worth?

Acer has a market capitalization of $3.00 billion as of November 2021. According to our statistics, Acer is the 3093rd most valuable company in the world by market valuation. Market capitalization, also known as market cap, is the total market value of a publicly-traded business’s outstanding shares. It is a standard metric for determining how valuable a firm is.

Who is the brand ambassador of Acer?

Is Acer made in China?

Yes, Acer is made in China.
Acer, the world’s second-largest PC manufacturer, established a factory in Chongqing, China’s industrial capital, where it aims to produce 30 percent to 40% of its laptops.

Is Acer manufactured in India?

Yes, Acer manufactures in India
Acer, a Taiwanese PC manufacturer, has announced that it will manufacture laptops in India in collaboration with Dixon Technologies. The laptops will be made at Dixon’s Noida factory, which has the capacity to produce up to 500,000 units per year.

What is the latest Acer Laptops?

Which is the most expensive Acer laptop? 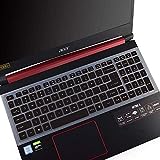 Acer was started in 1976 by Stan Shih Chen Jung and his pals with a $25,000 investment. They founded Multitech International and began by producing hand-held electronic games before moving on to distribute semi-conductors that they had bought from underdeveloped countries at a lesser cost.

The name ‘Acer Inc.’ was given to the corporation in 1981. The ‘Microprocessor,’ their first successful product, provided them with revenue for their subsequent ventures. They then began building personal computers, which they provided to businesses and sold under their well-known brands.

Acer was the first Taiwanese computer manufacturer to offer its products directly to consumers. This was only possible due to their decision to reinvest their profits in R&D. As a result, it was able to create the world’s first Chinese language computer with an Intel 386 processor in 1986.

Acer’s risky initiatives paid off, and by 1988, the company had only made a profit of $25 million. Acer’s revenue had surpassed $1 billion by 1990, but earnings were barely $4 million. This was owing to an immediate drop in computer hardware prices around the world and the strengthening of the Taiwanese currency. Acer, on the other hand, forged ahead by investing in new technology and acquiring several helpful businesses.

Acer needed to devise a strategy swiftly to boost profit margins and maintain sales growth. They accomplished this by transporting the individual components to 32 different assembly centers throughout the world. The keyboards and casings were shipped in considerable quantities to many nations.

The motherboard was updated regularly, thus it was transported by air when needed. Because the CPU and hard drive were already pricey components, they were purchased locally rather than shipped.

This method assisted in lowering production costs while maintaining the highest possible product quality. In nations such as the Philippines, Thailand, Chile, Mexico, Uruguay, and Taiwan, Acer had become the number one selling computer brand by 1995. Acer was able to make $75 million in profits in 1993.

It was able to generate $3.2 billion in revenue in 1994, with $210 million in profits. It had surpassed Dell, Toshiba, and Hewlett-Packard to become the world’s ninth-largest computer manufacturer. Acer purchased two of its rivals, Packard Bell and Gateway, in 2007 to introduce itself as the world’s largest PC vendor.

Its fairy tale path has continued since then, with the company rising to become the world’s fourth-largest PC manufacturer in 2012. Acer made $16 billion in revenue in 2011 and employs over 7,500 people. Acer’s product line has expanded to encompass low-cost PCs, laptops, servers, storage devices, peripherals, as well as the latest smartphones and tablets.

From being an off-shore supplier for large corporations to competing with well-known brands, Acer has always been daring in taking risks that have assisted its phenomenal success. Acer’s drive for expansion has propelled it to heights few could have imagined, and with the momentum, it’s gaining, it’ll be able to reach any goal it sets for itself.

So, now that you’ve read the above, I hope your confusion over whether or not Acer is a Chinese corporation has been dispelled. In a nutshell, it is a Taiwanese firm, not a Chinese one. They undoubtedly source their products in China, but that does not imply that the company is based in the same nation.